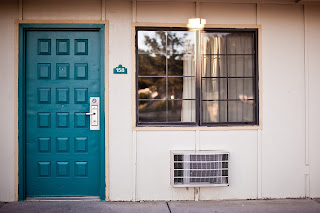 This past weekend, my family and I experienced life without a modern convenience, our air conditioning unit. Two days ago the repairman, wringing with sweat came out of the fiery abyss of an attic and instructed my husband and I that it would take two days to get the "coil" for the unit. We sent him off with a gallon of water and quickly headed out in search of an elusive window unit.

Truthfully, I hadn't thought of one of those since we lived in upstate New York over eighteen years ago. The home we purchased did not have central air. By the second day of summer, we went out and got several window units. But I digress, back to the story, at the third stop we found a lone window unit sitting on the shelf. Hallelujah!

After my husband got it set up, everyone moved into our family room. By everyone I mean the show bunny Willow was brought downstairs in her home and the dog and cat stayed nearby. Our one daughter attending college locally joined in. The three of us rounded up some portable fans we had around the house. Pretty soon we had enough of them going that it sounded like an air boat in the Florida Everglades. Would this racket keep us from watching our favorite television shows? I think not! We turned the television up to sonic blast level, all I can hope is that our neighbors weren't outside on their patios. Our family might be reported to the neighborhood watch or some other entity for having creating "noise pollution."

All of us were contained in this room for two nights, it was like camping, without the S'mores. But we did get some ice cream, we had to stay cool didn't we? Do calories even count when it's hot? Maybe not.

I think the three repairman who came today to fix it got an eye-full with our mess of a family room. Not to mention Willow the rabbit staged artfully in her home by the kitchen island. They had the good manners not to look too terribly shocked. Bless their hearts.

So while the air is cooling, I'll thank the Lord for modern conveniences. I hope that y'all have a cool, restful day. Maybe even enjoying a small guilt-free bowl of ice cream with fudge on top.

Have you ever had a time where something didn't go as planned? What happened as a result?
Labels: Stacy T Simmons