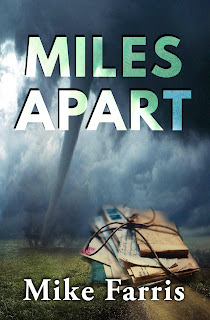 On the surface, Miles Buffet appears to be a successful Dallas lawyer. But, by his own estimation, he has been a failure as a human being. Having lost his mother to cancer years before, the death of his father sends him home to Memphis, Tennessee, where he reunites with a lost love, whose betrayal drove him from Memphis in the first place. While sorting through his father’s office, Miles discovers a packet of letters written between his grandparents in 1937, when his grandfather, desperate for work, labored in the wheat fields of Kansas, leaving his wife and infant son behind in New Mexico. As Miles delves into their writings of love and loneliness, he uncovers a family secret kept buried for decades, and he uses his grandparents’ love to reawaken his slumbering sense of honor, resolve issues with his past love, and begin to forgive himself.
Where to purchase? #Amazon-https://www.amazon.com/Miles-Apart-Mike-Farris/dp/1950613518/ref=tmm_pap_swatch_0?_encoding=UTF8&qid=&sr= 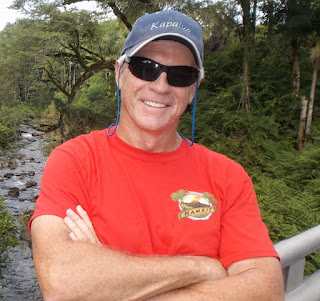 MIKE FARRIS is a 1983 cum laude graduate of Texas Tech University School of Law, where he was an associate editor on the Texas Tech Law Review and was inducted into the Order of the Coif. Now retired, Mike’s practice in Dallas included commercial litigation as well as entertainment law, focusing on the movie and publishing industries. He currently is a writer, a book reviewer for the New York Journal of Books, and an adjunct professor at the University of Texas at Arlington, teaching Constitutional Law and Entertainment Law. Mike was lead counsel for the plaintiff in what has become known as the Fifty Shades of Grey lawsuit (Jennifer Lynn Pedroza v. Amanda M. Hayward and TWCS Operations Pty. Ltd. in the 153rd District Court in Tarrant County, Texas), involving publishing rights to the Fifty Shades of Grey trilogy, one of the most successful book franchises in publishing history. The lawsuit resulted in a plaintiff’s judgment in excess of $13.2 million. Mike’s book collaboration with his client about the case, the award-winning Fifty Shades of Black & White: Anatomy of the Lawsuit behind a Publishing Phenomenon, was released in May of 2018. Mike has partnered with a well-known Hollywood producer to adapt Fifty Shades of Black & White to the screen. Mike has represented various university presses and successfully placed subsidiary rights to their published books, including negotiating the sale of movie rights to producers and Hollywood studios, such as The Free State of Jones, published by University of North Carolina Press. The movie Free State of Jones starred Oscar winner Matthew McConaughey and was directed by multi-time Oscar nominee Gary Ross. Mike was the chair for 2017-2018 of the State Bar of Texas Entertainment and Sports Law Section, was past editor of the Section’s Entertainment and Sports Law Journal, and was the 2014 Chair of the Dallas Bar’s Entertainment Art and Sports Law Section, after also having served as Chair in 2009 and 2012. A multi-time published author of both fiction and non-fiction, Mike is the author of two true crime books from the Territory of Hawaii, in its pre-statehood days: A Death in the Islands: The Unwritten Law and the Last Trial of Clarence Darrow and Poor Innocent Lad: The Tragic Death of Gill Jamieson and the Execution of Myles Fukunaga. Film rights to A Death in the Islands have been optioned by a major Hollywood studio. Mike previously collaborated with rodeo cowboy-turned-actor/producer/director Robert Hinkle on Hinkle’s memoir of his years in show business, Call Me Lucky: A Texan in Hollywood, for University of Oklahoma Press. He also collaborated to ghostwrite former ABC-TV anchorman Murphy Martin’s memoir of his years in journalism, entitled Front Row Seat: A Veteran Reporter Relives the Four Decades That Reshaped America. He is the author of ten published novels: Isle of Broken Dreams, The Bequest, Wrongful Termination, Kanaka Blues, Manifest Intent, Rules of Privilege, Every Pig Got a Saturday, The Catch, Something Unfortunate, and Miles Apart. Social media links are: Personal website: http://michaelfarris.net Amazon: https://www.amazon.com/Mike-Farris/e/B00BDU8BNY%3Fref=dbs_a_mng_rwt_scns_share LinkedIn: https://www.linkedin.com/in/mike-farris-6601932/ Goodreads: https://www.goodreads.com/author/list/186881.Mike_Farris Facebook: https://www.facebook.com/mike.farris.756859/ Book Bub: https://www.bookbub.com/profile/mike-farris
Labels: Mike Farris