In Between the Pages-Burying Daisy Doe by Ramona Richards 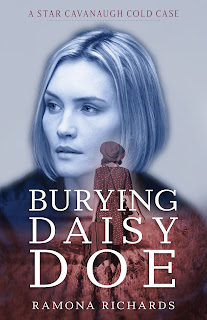 Every small town has one unsolved case that haunts its memory, festering for generations below the surface with the truth of humanity’s darkness. Star Cavanaugh is obsessed with the one that tore her family apart.
Over sixty years ago, Daisy Doe was murdered and discarded outside Pineville, Alabama, buried without a name or anyone to mourn her loss. When Star’s father tried to solve the case, he was also killed. Now a cold-case detective with resources of her own, Star is determined to get to the bottom of both crimes. But she’ll have to face an entire town locked in corruption, silence, and fear--and the same danger that took two other lives. The only people in town she can trust are her grandmother and the charming Mike Luinetti, and both of them trust a God Star isn’t sure she believes in. Can Christians so focused on the good really help her track down this evil?
With an irresistible combination of sharp suspense, faith, humor, and authentic regional flavor, Burying Daisy Doe will draw fans of Terri Blackstock, Margaret Maron, Jaime Jo Wright, and J. T. Ellison. 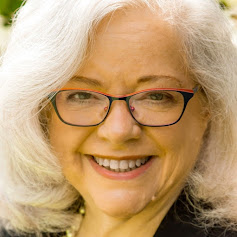 When I was growing up in Hartselle, Alabama, I knew I wanted to experience the world. I’d lie in the front yard and dream about the adventures being had by the folks in the planes going over head. When we moved to Nashville, that craving got even worse.

By then, I was already writing out adventures grown from my imagination—and the hundreds of books I loved. My mother bought me a typewriter when I was only 10, and those adventures of the imagination started piling up on my desk. As soon as I was able, some real ones happened as well.

Sometimes folks will ask me how I’ve managed to do so much and have the adventures I did. Usually, there’s a slight tone of disbelief in the question, but that tends to vanish when I simply say, “I’m old. And I don’t believe in turning down too many opportunities when they knock.” This means a lot of labels could be applied to me. Here are just a few:

And I can promise you, if you sincerely open yourself up to anything God wants of you, He’ll astonish and terrify you all at the same time. But it’s all good. Ask me, for instance, how I wound up starting over in Birmingham at age 60.

In fact, ask me anything. Just be warned: I usually have a story to tell in answering all questions.