In Between the Pages! Edgewater Road by Shelley Shepard Gray 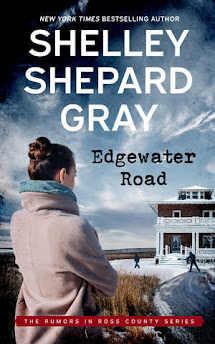 The first in a new series from New York Times bestselling author Shelley Shepard Gray, Edgewater Road invites us into a world of family mysteries, small-town secrets, and perhaps a little romance along the way.

When Jennifer Smiley’s grandmother, Ginny, leaves her an old farmhouse on Edgewater Road in seemingly quiet Ross County, Ohio, Jennifer can’t pass up the opportunity for a new beginning. Almost immediately she meets a group of men who generously help her move in. When she realizes that they work for Lincoln Bennett, her next-door neighbor, she’s intrigued. Lincoln is gorgeous and has dark, lapis-blue eyes she could get lost in … but he doesn’t seem all that friendly. She’s torn between getting to know him and sticking with the solitude she knows so well. Maybe she could let down some of those walls she’s built around her emotions?

Lincoln Bennett likes to keep his head down and get his work done. He’s been to prison and he knows that a lot of folks don’t take kindly to a man with that kind of history. Plus, he’s busy helping other ex-cons get back on their feet. But when he meets Jennifer, he can’t help but feel an instant attraction. Will she be able to look past his unsavory history? Will she be able to accept the men he’s working so hard to help?

While Jennifer gets to know Lincoln and his friends, she also begins to unravel her grandmother’s story, putting together the pieces from scraps of memories and things she finds in her new home. She soon discovers that Ginny Smiley harbored some dark secrets on Edgewater Road—and that those secrets include both Lincoln and her own absent father. Is learning the truth worth the heartache it could bring?

As the weeks pass and she and Lincoln become closer, Jennifer learns there is a lot to uncover in Ross County—wonderful friendships, darling towns … and more than one secret that might be better left buried. 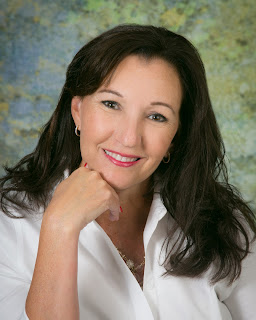 Shelley Shepard Gray is the New York Times and USA Today bestselling author of numerous romantic fiction series and mystery novels, including the Seasons of Sugarcreek series, the Sisters of the Heart series, the Families of Honor series, and others. She is the recipient of the RT Book Reviews Reviewers’ Choice Award. She has written more than eighty novels, translated into multiple languages. You can find more information at shelleyshepardgray.com.