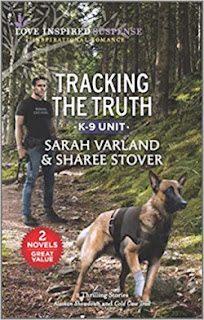 The Wanderer Scorned by Natasha Woodcraft — The Wanderer is a man shrouded in legend. Moving from place to place in the land of Nod, he is known primarily for the curse that hangs over his life. When that curse is invoked during the celebration of a murderous rampage, The Wanderer is summoned to tell his story. Few know the truth of the tale encompassing life, death, love, hate, faith and doubt, for it has been obscured by centuries of rumour. Now, it will be told by the one who lived it—the man who became The Wanderer. (Action/Adventure, Independently Published)
Contemporary Romance:

The Cowgirl’s Redemption by Mindy Obenhaus — She came home to make things right. Will she be given a second chance? Gloriana Prescott has returned to her Texas hometown to make amends—even if the townsfolk she left behind aren’t ready to forgive. But when her mother’s ranch manager, Justin Broussard, is tasked with saving the struggling rodeo so his teen daughter can compete, Gloriana sees a chance to prove she’s really changed. But can she prove to Justin, and the town, that she’s trustworthy? (Contemporary Romance from Love Inspired (Harlequin))
Historical:

A Fallen Sparrow by Lynne Basham Tagawa —  Three very different people, a printer’s daughter, a Shenandoah valley farmer, and a British spy, must deal with questions relating to the time of the Revolution: when is it biblical to resist tyranny? The story takes place over the entire war, from 1770 to 1782. (General Historical, Independently Published)

Escape from Amsterdam by Lauralee Bliss — Helen Smit believed she was called by God to become a teacher. Little does she know that her care for kids will take a drastic turn for survival when the Germans occupy Amsterdam and Jewish children and parents begin to be deported. Now all she can think of is helping children escape before it’s too late. Erik Misman’s newfound love for Helen is tested when he joins a plot to help move Jewish children to a safe place in the countryside. If danger can foster a closer bond with Helen and save the lives of the little ones, he will do it all. But a German patrol that stumbles upon the farm where they are hiding with three children and a soldier who takes an unexpected interest in Helen, could well destroy their plans for safety and love. (Historical Romance from Barbour Publishing)

The Finding of Miss Fairfield by Grace Hitchcock — When an engagement of convenience becomes anything but convenient . . .Forced into a betrothal with a widower twice her age, Charleston socialite, Sophia Fairfield is desperate for an escape. But, while her fiancé is away on business, he assigns his handsome stepson, Carver, the task of looking after his bride-to-be. Much to her dismay, Sophia finds herself falling in love with the wrong gentleman—a man society would never allow her to marry, given Sophia was supposed to be his new stepmother. The only way to save Carver from scandal and financial ruin is to run away, leaving him and all else behind to become a Harvey Girl waitress at the Castañeda Hotel in New Mexico. Carver Ashton has had his life planned out for him since birth, but when he encounters Sophia Fairfield, he glimpses a new life—apart from his overbearing stepfather’s business. But, when the woman he loves disappears before he can express his devotion, Carver abandons all to find her. However, his stepfather has other intentions for Sophia and will stop at nothing until she is his bride . . . even if it is against her will. (Historical Romance, Independently Published)

The Sugar Baron’s Governess by Elva Cobb Martin — Banished from Charleston for his misdeeds years earlier, Joshua Becket built a new life on both sides of the law in Jamaica. As sugar plantation owner and member of the governing British Assembly, he’s known and respected on the island. But he guards a secret identity. As swashbuckling Captain Jay, he leads daredevil privateering exploits on his ship, the Eagle, when the mood suits him. Currently, he needs a governess for his young daughter whose mother has passed. Widowed gentlewoman Abigail Welch accepted the governess position, leaving behind her disintegrated life in Charleston. This new start in Jamaica might finally help her find healing for her broken heart after losing her husband in the Revolution and their infant son to yellow fever. Joshua’s precocious, undisciplined daughter is the drawing card that brings him and Abigail together like clashing cymbals of disagreement…and fiery attraction. Can love and the miracle power of God give them a new beginning and a happily ever after? (Historical Romance from Wild Heart Books)

By Way of the Moonlight by Elizabeth Musser — Two courageous young women, tied together by blood and shared passion, will risk everything to save what they love most. For as long as she can remember, Allie Massey, a gifted physical therapist, has dreamed of making her grandparents’ ten-acre estate into a trauma recovery center using equine therapy—a dream her grandmother, Nana Dale, embraced wholeheartedly. But when her grandmother’s will is read, Allie is shocked to learn the property has been sold to a developer. Decades earlier, after losing her prized filly to the Great Depression, headstrong Dale Butler sets out to bring her horse home again. In the years that follow, she finds friendship and love in a congenial new riding partner, until tragedy strikes in the midst of World War II. As Allie searches her grandmother’s estate for a way to keep her dream alive, she uncovers bits and pieces of Nana Dale’s past with her champion filly, a young man named Tommy, and one fateful night in 1943 during the Battle of the Atlantic. (Literary Historical from Bethany House (Baker) Publishing)

Land that I Love by Gail Kittleson — Set in the German Hill Country of Texas during World War II, this is more than a love story. It is about the racism and bigotry that still exist in our world. As these characters struggle with the problems of everyday life, they teach us that we survive hard times by being good neighbors despite our differences and that hatred can be conquered by love, understanding and forgiveness. (Literary Historical from WordCrafts Press)

Tracking the Truth by Sharee Stover — Temporarily working in the cold case division was supposed to mean less danger for state trooper Trey Jackson and his injured K-9 partner, Magnum—until they thwart an abduction. Now he must protect profiler Justine Stark, even as she blames him for her friend’s death ten years ago. Can he right past wrongs by finally solving the murder…and making sure Justine lives to find closure?(Thriller/Suspense/Romance from Love Inspired (Harlequin))

Twin Murder Mix-Up by Sami A. Abrams — A case of mistaken identity… has lethal results.(Thriller/Suspense/Romance from Love Inspired (Harlequin))

Plus check out these recent additions to Fiction Finder published within the past month:

Grace on the Mountain Trail by Misty M. Beller, This epic journey is her last hope to find her lost brother—the only family she has left. (Historical Romance)
Jacob’s Hope by Sylvia Anne Nash, In the 1960s, racial prejudice and hatred resulted in a throw-away child. Can that child, now a grown man, forgive the unforgiveable? (Mystery)
More than Grit by Gretchen Carlson, When do secrets become lies? When is grit not enough?(Young Adult)
Redemption’s Hope by Kathleen D. Bailey, A man without a country and a woman with too much past. (Western Romance)
Settlers’ Hope by Kathleen D. Bailey, He was the West, and she was the East. Could they make a place for themselves in the wet, wild Oregon Country? (Historical Romance)
The Help of a Cowboy by Elsie Davis , Once a cowboy…always a cowboy. But when life delivers Chad a chance to hang up his boots and spurs, he’s all in. (Contemporary Romance)
Labels: ACFW August 2022 New Releases