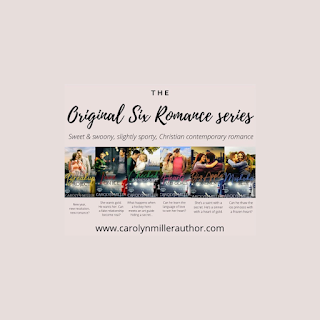 A sweet, slightly sporty Christian contemporary romance series set in the cites of the NHL's Original Six hockey teams, with plenty of heart and humor, perfect for fans of Becky Wade, Courtney Walsh, Kara Isaac and Susan May Warren.

New Year. New Resolution. New Romance?What happens when the best-laid plans break a friendship?As the twin sister of hockey’s hottest forward, romance-loving Bree Karlsson is used to being ignored, leading to a New Year’s resolution to not date any athlete in her attempt to find Mr. Right. But what happens when the man who might prove to be her personal Mr. Darcy is her brother’s hockey-playing best friend?Mike Vaughan might be happy playing in Boston, but he’d be even happier if Bree could one day see him as more than a good friend. He agrees to help Bree with a special project in the hope she’ll finally see him as something more. But when a misunderstanding ends in a Valentine’s Day disaster, Bree realizes that her breakup project may have broken her friendship with Mike in two. Can she ever redeem her mistake?This friends-to-more romance has plenty of heart, humor, and swoon-worthy kisses in this first book of the Original Six, a sweet, slightly sporty Christian contemporary romance series.

She’s focused on winning gold. He wants to lose the player tag. Can a fake relationship become something real?
Aussie short track skater Holly Travers has one goal - make the Vancouver Games, no matter what it takes. She has no time for distractions, even if they come in the handsome form of her Canadian best friend’s twin brother. This hockey player may say he’s not a player, but can she trust him?
Brent Karlsson has one goal - make his sister’s best friend realize he’s a changed man and she should give him a chance. When a set-up in Hawaii helps these two opposites realize they have more in common than they thought, what happens when he wants to turn their fake relationship into something real? And how can a relationship work when these two elite athletes never see each other and live on opposite sides of the world?
Love on Ice is the second book in the Original Six hockey romance series, a sweet and swoony, slightly sporty, Christian contemporary romance series.

Sparks fly when a hometown hockey hero meets a classy art-loving museum guide hiding a secret...Jai Mullins is used to being the fastest man on ice. Trouble is, his ability to find a genuine woman is tracking at glacial melt levels. He’s trusting God she’s out there, but he’s wary of getting trapped by a superfan, when all he wants is someone with whom he can be real.Allie Davis has two great loves: impressionist art and hockey. More specifically, a certain hockey player. But between her shyness and her family, she’s convinced she’ll never meet him, let alone connect with him in a non-embarrassing way.Until she does. And they connect. And romance sparks.But she is hiding a big secret, and he’s about to find that first impressions sometimes need a reality check. Will they learn to trust and find a way forward, or will half-truths lead to further hurt on opposite sides of the country and lonely lives?This Windy City romance has plenty of heart, humor, and swoon-worthy kisses in the third book of the Original Six, a sweet, slightly sporty Christian contemporary romance series.

He’s a goalie with a big heart, while she’s afraid to trust again. Can he learn the language of love to win her heart?After a series of tragedies, Maggie Joly’s dreams have been confined to her work at Montreal’s botanic gardens and caring for her little boy. Besides, wishing for more would simply be selfish, especially when she’s already loved well. But when a surprising workplace encounter sees her in the arms of a handsome sweet-talking stranger, she’s soon forced to reassess whether romance might still be in her future after all.Working in this fairytale-like city is a dream come true for Beau Nash, Montreal’s new goalie. And while he’s excited to explore all his new city offers, he hadn’t counted on meeting a striking brunette with heart-melting eyes, or so quickly bonding with her and her son, even though Maggie’s faith is a little tenuous, and shadows from the past mean she might never really be ready to love again.An incident at the Gardens forces Beau to choose between his dream job and the woman of his dreams, while an accident on the ice invites Maggie’s deepest fears. Perhaps a Pumpkin Ball might help convince them to believe in happily-ever-afters once again.Hearts and Goals is the fourth book in the Original Six, a sweet and swoony, slightly sporty, Christian contemporary romance series.

She’s the saint with a secret. He’s the sinner with a heart of gold.For Emma Moritello, giving abandoned and rejected children a safe home is her life’s purpose, but pressures at work means her dream may be coming to a close. And just when she thought life couldn’t get more challenging, along comes hockey’s bad boy, keen to make amends. God might want her to love her enemies, but it doesn’t mean she has to like them. Especially this hockey enforcer, who has the nerve to try to stir her heart.TJ Woletsky has never tried to hide his sins—his exploits are tabloid fodder, and hockey teams love to hate him. Including his own. When a trade takes him to New York he’s confronted with the repercussions of his past, and time spent with the unfortunate helps ignite his desire to turn his life around. Until an incident in a nightclub makes everyone question whether this sinner can ever really change.This story of second chances is the fifth book in the Original Six Christian hockey romance series, a sweet and swoony, slightly sporty, Christian contemporary romance series from bestselling author Carolyn Miller.

An ice princess with a broken heart. A pro hockey player with a secret.For Sarah Maguire, spending the summer at Lake Muskoka was supposed to be about finding the courage to put back the pieces of her shattered life—not falling in love with the charming yet unsophisticated hockey player from next door.Daniel Walton may have been praying for Miss Right to appear, but Sarah’s ice princess act just cries Miss Wrong. Dan’s summer plans hadn’t included befriending a redhead with a sassy tongue and cute accent, but as Muskoka works its magic he soon discovers that underneath the frost and prickles is the funny, feisty, loving woman he’s waited all his life to meet.As their friendship deepens, Sarah comes to appreciate Dan’s patience and kindness yet struggles to let go of the past and embrace the future, while Dan, only too conscious of the personal history he wants to forget, questions the wisdom of pursuing a girl whose heart may never be wholly his – who may soon return to live on the opposite side of the world.Will past regrets lead to further heartbreak? Or can Sarah and Dan learn to leave the past in the past and embrace God’s promises for the future?Muskoka Blue is the sixth book in the Original Six, a sweet and swoony, slightly sporty, Christian hockey romance series from bestselling author Carolyn Miller. 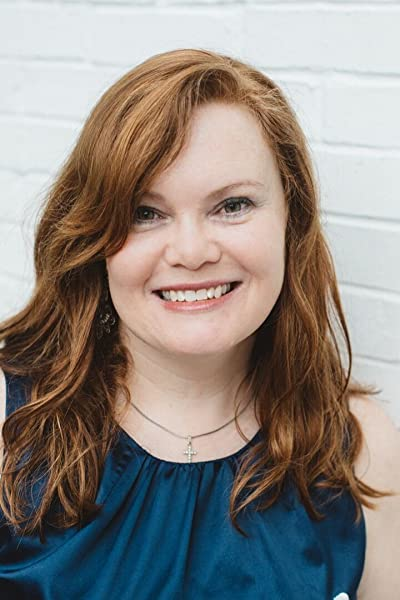 Carolyn Miller is a bestselling Australian author of historical and contemporary romance. A longtime lover of romance, especially that of Jane Austen and Georgette Heyer’s Regency era, Carolyn holds a BA in English Literature, and loves drawing readers into fictional worlds that show the truth of God’s grace in our lives. Her Regency novels include the nine books of the Regency Brides series and the Regency Wallflowers series. Her contemporary novels include those in the Independence Islands series and the Original Six hockey romance series.

Her stories have been described by Publishers Weekly as "a winsome exploration of life, love and faith" and witty "with snappy repartee that rockets off the page" (Library Journal). Readers enjoy these books that are humorous yet also deal with real issues, such as dealing with forgiveness, the nature of really loving versus 'true love', and other challenges. Her novels can be considered 'inspirational', and may appeal to readers of Christian fiction, who want stories of hope and redemption - with a twist of Aussie humour.

Find out more and sign up for her newsletters at www.carolynmillerauthor.com