Nuclear Deception  The Mossad has uncovered Iran's plans to smuggle untraceable weapons of mass destruction into Israel. The clock is ticking, and agents Nir Tavor and Nicole le Roux can't act quickly enough.Nir and Nicole find themselves caught in a whirlwind plot of assassinations, espionage, and undercover recon, fighting against the clock to stop this threat against the Middle East. As they draw closer to danger—and closer to each other—they find themselves ensnared in a lethal web of secrets. Will they have to sacrifice their own lives to protect the lives of millions?Inspired by real events, authors Amir Tsarfati and Steve Yohn reteam for this suspenseful follow-up to the bestselling Operation Joktan. Filled with danger, romance, and international intrigue, this Nir Tavor thriller reveals breathtaking true insights into the lives and duties of Mossad agents—and delivers a story that will have you on the edge of your seat. 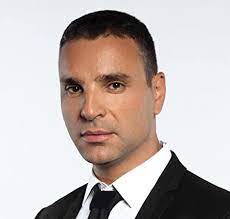 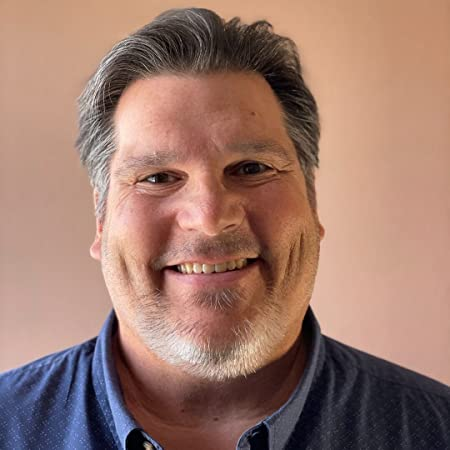 Amir Tsarfati was born in Israel and has lived there most of his life. Since fulfilling his mandatory service in the Israeli Defense Force, he has continued as a major in the IDF Reserve. Amir has been a tour guide in Israel for the last twenty years, and served as chief tour guide of Sar El Tours and CEO of Sar El Tours and Conferences. In 2001, he became founder and president of Behold Israel – a non-profit organization which provides worldwide real-time access to reliable sources of news and information about Israel from within the powerful context of Bible history and prophecy.

Amir is married to Miriam, and together they have four children. His home overlooks the valley of Megiddo (Armageddon) which is a constant reminder of the call that the Lord has placed on him to teach from the Bible what God’s plans are for the end of times.

Steve Yohn grew up as a pastor's kid in Fresno, California, and both of those facts contributed significantly to his slightly warped perspective on life. Steve graduated from Multnomah Bible College with a bachelor's degree in biblical studies and barely survived a stint as a youth pastor.

While studying at Denver Seminary, Steve worked as a videographer for Youth for Christ International, traveling throughout the world capturing the ministry's global impact. Later, he spent a decade as pastor of Strasburg Community Church in Strasburg, Colorado. Currently, he is the Senior Writer and Editor at Behold Israel. Steve has co-written five books, and ghost-written five others.

Surprisingly, although his hobbies are reading classic literature, translating the New Testament from the Greek, and maintaining a list of political leaders of every country of the world over the last 25 years, he still occasionally gets invited to parties and has a few friends. His wife, Nancy, and their daughter are the joys of his life.